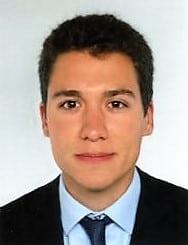 As the 2018 PMR Expo trade fair, running from 27 to 29 November, draws to a close in Cologne, Philibert Delarbre, sales manager for Axione’s LTE-PMR offering, highlights the potential offered by these new 4G private communications networks.

What is an LTE PMR network?

PMR stands for Professional Mobile Radio. It’s a private communications network that belongs to an organisation – be it a business, local or regional authority, public service or any of the emergency services – and that serves a closed group of users. LTE means Long Term Evolution, a technology equivalent to 4G for consumer mobile communications. PMR networks, which previously ran on radio devices such as walkie-talkies, now use smartphones. The LTE technology currently being deployed will provide these networks with new features.

Why use a PMR network?

To ensure secure communications and system availability. These are dedicated networks which are less likely to fail than networks run by mainstream operators. Autonomous and closed, the networks are hosted directly by the entity implementing them and are intended solely for the entity’s use, operating within a limited area. PMR networks are used by industrial companies, airport operators, transport and security firms, building and civil engineering companies, energy suppliers like EDF, oil companies and so on.

Users of PMR networks increasingly need digital technology in the way they work. They want access to the same features as those offered with mainstream mobile networks, including data, image and video transmission, communication with connected objects and machine-to-machine communication. For this to happen, they need a superfast communications network. So far, the use of PMR network radio frequencies has been subject to authorisation by ARCEP (Autorité de régulation des communications électroniques et des Postes), the French telecommunications regulatory authority. ARCEP has decided to dedicate part of the 2.6 GHz TDD band spectrum (the central 40 MHz of the band, in other words the 2575 – 2615 MHz sub-band) to establishing superfast professional mobile networks that use LTE technology. The terms and methods for allocating these frequencies are currently being finalised, and numerous demonstrators have been able to get under way in 2018. So we are now looking forward to the launch of the application processing service.

Does this mean that France is lagging behind?

It’s a new market which is still in its infancy. Very few LTE PMR networks have been deployed in Europe and indeed worldwide. In France, EDF recently invited tenders to equip its nuclear power plants.

What role will Axione play in this market?

The market offers high growth potential and is of interest to many people, starting with traditional PMR players, equipment manufacturers and integrators like Axione. We are used to rolling out high-speed technological solutions across regions or for mobile providers, and we are experienced in building and operating digital infrastructure based on fixed and radio technology. We want to fully play our role as integrator and deliver services to components manufacturers with the standard expected by our clients and as part of a turnkey process.